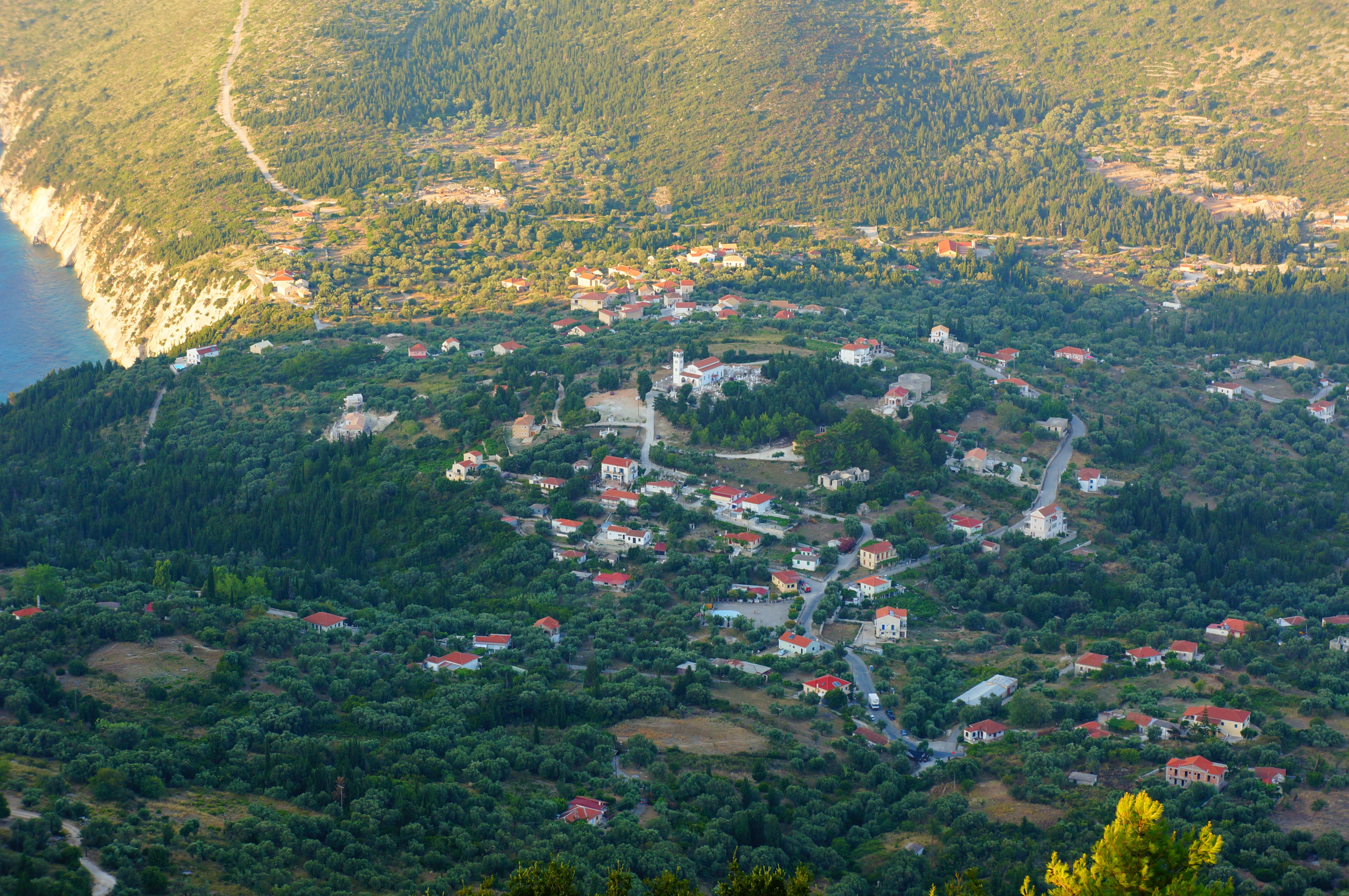 The village of Platrithia is in Northern Ithaca and lies 20km from Vathi. The name Platrithia is a combination of the words 'platy' and 'reithron' meaning 'wide rivulet' and refers to the creek called the Kouroukli which passes through the village and flows down to the sea at Frikes.

The district of Platrithia has been inhabited since ancient times, with a pause during the Middle Ages due to the presence of pirates causing the population to move to the mountains. What attracted people to the area was the fertile land, plenty of water and the quick and easy access to the closer bays of Aphales and Frikes. In the 16th century, people from the village of Exoghi moved down to Platrithia and cultivated the land.

In days gone by, Platrithia was a thriving community. At the ‘Yofiri’ there were kafenia (coffee shops) and taverns, and close by, shoemakers, bakers, general stores, barbers and an olive oil processing plant. These have all disappeared and the one kafenio which survived no longer operates. The primary school at Platrithia also closed a number of years ago and a kindergarten is now located on the former school site on Monastery Hill.

On the eastern side of the village, on top of Monastery Hill is located the Church of the Taxiarchon which was rebuilt after the 1953 earthquakes and is considered one of the most beautiful churches in the Eptanese.

At the base of Monastery Hill is ‘Limnes’ (lakes) which derived its name from the fact that winter rains caused the area to become water logged. Limnes has always been a popular gathering place for the young in Platrithia. Even as far back as the 1920’s and 1930’s Limnes was the sporting and cultural centre of Plathrithia. Theatrical productions, athletic events, festivals, maypole dancing, and of course soccer, all took place at Limnes. And today it is still the hub of the community. The area is now a modern floodlit open-air entertainment centre attracting a variety of functions. Each year on the evening of the 15th August the feast day Panygiri of Panagias Sto Milo (Sti Skala), is celebrated there with great success.

On the western side of Platrithia, the Melanidros (blackwater) spring flows and is reputed to have therapeutical qualities. It is believed that the water from this spring restored Homer’s sight. According to Homer, Odysseus was living in this beautiful fertile area just prior to the Trojan War. Archeological excavations in the area have led to the discovery of ruins of buildings and graves from the Mycenaean period.

North of Platrithia is the stunning Aphales Bay, the largest bay in Ithaca where Platrithia's main beach, the deep-water, pebbled beach of Aphales is located.